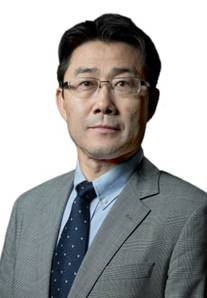 Currently Professor Gao is the Professor and Director of CAS Key Laboratory of Pathogenic Microbiology and Immunology. He is also the Vice-President of CAS Beijing Institutes of Life Science, Director-General of Chinese Center for Disease Control and Prevention (China CDC) and Dean of the UCAS Cunji School of Medicine. He is an elected Member of CAS, Fellow of The Third World Academy of Sciences (TWAS) and Fellow of American Academy of Microbiolog.

Professor Gao's research focuses on the mechanisms of interspecies transmission ("host jump") of emerging pathogens and molecular immune recognition of pathogens (e.g. HIV, Influenza viruses, MERS and Ebola). He is also involved in public health policy research and global public health strategy. For example, he led the China Mobile Laboratory Testing Team in Sierra Leone in the fight against Ebola during the 2013-15 Ebola outbreak in West Africa. Besides leading his team for field work (diagnostic laboratory work and holding/treatment center), he also played a key role in communicating and coordinating with the government officials, international aid organizations as well as local communities.

Professor Gao has published more than 350 papers in prestigious journals including Cell, Nature, Science, Lancet, NEJM and PNAS. He has received many awards including the Outstanding Science and Technology Achievement Prize of the Chinese Academy of Sciences in 2014, TWAS prize in Medical Sciences in 2012 and Nikkei Asia Prize in 2014.