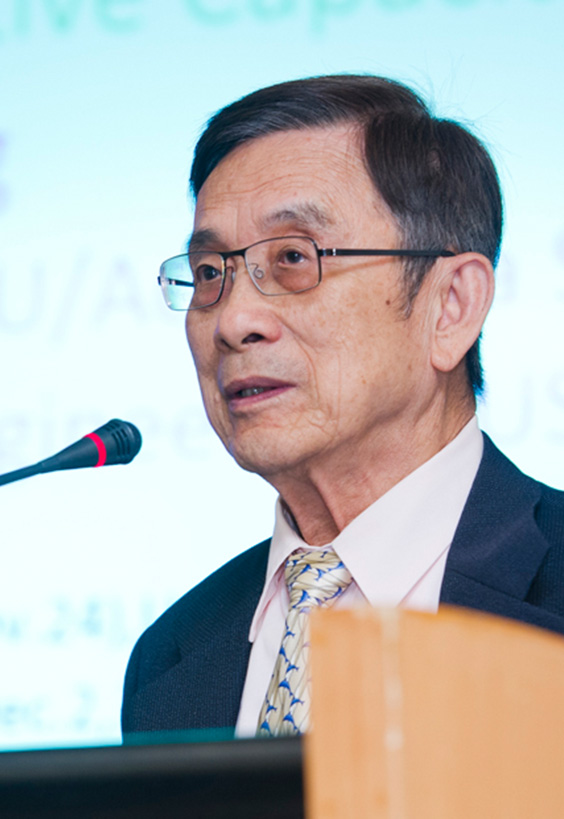 Professor Chang Chun-Yen received BS degree in electrical engineering from Cheng Kung University (NCKU), Taiwan, in 1960; MS and PhD degree in 1962 and 1970 respectively, from National Chiao Tung University (NCTU), Taiwan. He has contributed profoundly to the areas of microelectronics, microwave and optoelectronics.

In 1964, Professor Chang and his colleagues established Taiwan's ­first and the state-of-the-art Semiconductor Research Center (SRC) at NCTU, which forms the foundation of Taiwan's hi-tech development. From 1977 to 1987, he established the nation's ­first researches on GaAs, a-Si, poly-Si at NCKU in Taiwan. In 1987, he returned to NCTU, and simultaneously served as the founding president of National Nano Device Laboratories (NDL) from 1990-1997. In 1997, he became Director of the Microelectronics and Information System Research Center (MIRC) of NCTU (1997–1998). In 1998, he was appointed as the President of NCTU (1998-2006). As the National-Endowed-Chair Professor and President of NCTU, his vision was to lead the university into excellence in science, engineering, humanity and art, as well as biological science and technology. In 2002, in order to establish strong system design capability, he initiated the "National program of system on chip" (NSOC). He is a member of Academia Sinica (1996); Foreign Member of the US National Academy of Engineering (2000). Recently, he has worked on the negative C-gate- FINFETs and Power Devices in which, an excellent SS of 31 mV/dec was achieved. [VLSI, technology, 2013 and Kyoto, IEDM2014]. Demonstrated nano sec speed, 1000x faster than flash memories [2015 VLSI-Kyoto and 2016 VLSI-Hawaii.]