Emeritus Professor at the University of California, Santa Barbara 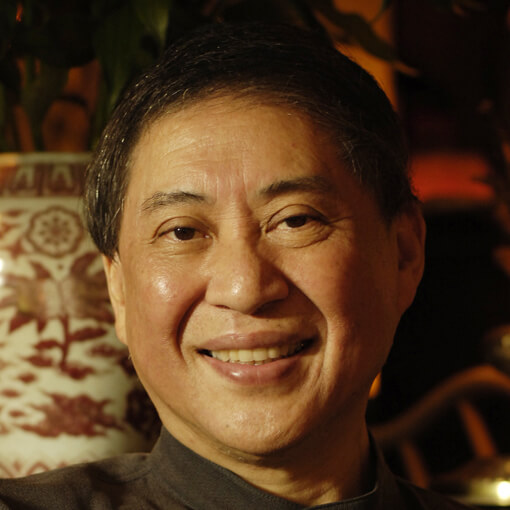 Upon his graduation from Taipei Municipal Jianguo High School, Professor Pai Hsien-yung enrolled at National Cheng Kung University as a hydraulic engineering major, because he wished to participate in the Three Gorges Dam Project. The following year, he found himself uninterested in hydraulic engineering and thus transferred to English literature at the Department of Foreign Languages and Literature, National Taiwan University (NTU). In 1958, he published his first short story ‘Madame Chin’ in the magazine Literature. Two years later, he collaborated with several NTU classmates – Ouyang Tzu, Chen Jo-hsi, Wang Wen-hsing, etc. – to launch Modern Literature, in which many of his early works such as Moon Dreams, Jade Love and Graduation were published.

Professor Pai has been fond of Chinese folklore and classical literature since his childhood, and has read a lot of them. Xue Ren Gui Zheng Dong (Xue Rengui’s Expedition to the East), Fan Li Hua Zheng Xi (Fan Lihua’s Expedition to the West), Shuo Tang (Heroes of Tang Dynasty), Shu Shan Jian Xia Zhuan (The Swordspeople from Shu Mountains), Ti Xiao Yin Yuan (Dramatic Marriage), the trilogy Family, Spring and Autumn by Ba Jin, Romance of the Three Kingdoms, Water Margin, Journey to the West were all his favourite works, and Dream of the Red Chamber in particular. During his college years, he exposed himself to western modern literary works and introduced them to the Chinese communities, and his works were also influenced by western literature. However, during his study in the Iowa Writers’ Workshop, his passion for Chinese history, culture and literature was rekindled. That also explains why his works are steeped in traditional culture and feature a distinct Chinese identity, even though he has lived overseas for such a long time.

Not only is Professor Pai an eminent Chinese writer, he is also a strong advocate for the resurgence and passing on of Kun opera, a genre of classical Chinese opera he fell in love with when he was a child. His novel Wandering in the Garden, Waking from a Dream is an example of how he was inspired by Peony Pavilion, a masterpiece of Kun opera. He has spared no effort in promoting Kun opera over the past twenty years, especially to the younger generations. He collaborated with the Kun opera artists in Hong Kong and Taiwan and gave public talks there. It had been his wish over the years to chalk up a youth version of Peony Pavilion, and this dream finally came to pass when it premiered with a great resonance with the audience in 2004. More importantly, the version gave Kun opera a new lease of life.