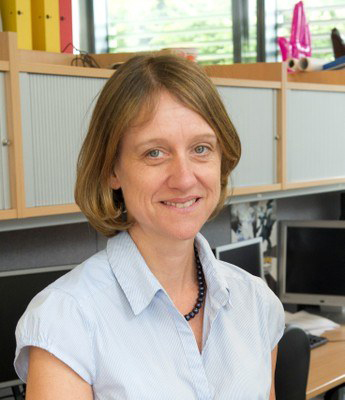 Professor Noble’s research interest is in biomedical image analysis, with a particular focus on raising the profile of ultrasound imaging as a first class data type by understanding the interplay of ultrasound device design (physics), clinical acquisition, and downstream image analysis and computer vision. Her most recent research has concerned applying machine learning to ultrasound to advance automatic 2D, 3D and video ultrasound analysis. Her research is motivated by unmet important clinical needs in developed world and developing world settings, and involves inter-disciplinary translational research collaborations with clinical groups from the UK and overseas. In 2016, she was the recipient of a 5-year ERC Advanced Grant entitled “Perception Ultrasound by Learning Sonographer Experience (PULSE)”, which aims to advance understanding of how to develop next generation ultrasound systems by utilizing machine learning. She received the inaugural International Federation of Medical & Biological Engineering Laura Bassi award in 2015 in recognition of her contributions to biomedical engineering.

Professor Noble has a strong and sustained track record of service to the academic and engineering community at a national and international level, particularly in research and innovation in healthcare technologies. She received an OBE for services to science and engineering in the Queen's Birthday Honours list in June 2013.

From 2013-16, she served as the President of the MICCAI Society, the international society in her field, and was Past-President for 2016-17. She served as a Trustee of the IET from 2016-19 and as a Vice President (2019). UK Research Council involvement includes serving as a member and then Chair of the EPSRC Healthcare Technologies Strategic Advisory Team (2014-2019), a member of the MRC Translational Research Group (2014-18), Stratified Medicine Group (2016-2020), Innovate UK/MRC Biomedical Catalyst MAC Panel (2014-16), and Confidence in Concept Panel (2012-14). Recent science and engineering policy contributions include as a member of the Engineering Biology Steering Group (2017-19) for the Royal Academy of Engineering, and Chair of the Royal Society Privacy Enhancing Technologies (PETs) Policy Working Group (2017-19, report). She is a member of REF2021 Sub-panel 12 (Engineering).

At a regional level, Professor Noble is currently a Trustee of The Oxford Trust, which promotes enterprise as well as communication of SET to schools and the public in the Oxfordshire region.