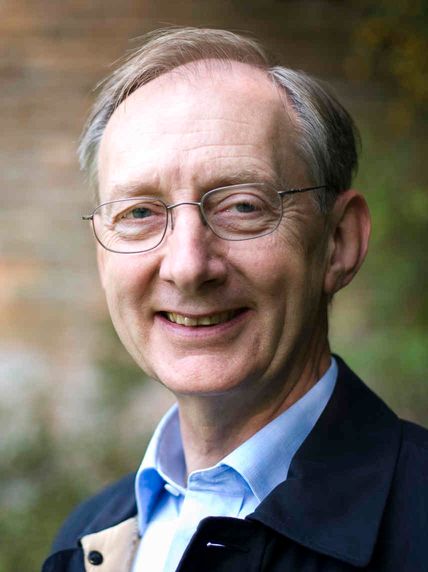 Professor Sir John Pendry received his Ph.D. in Solid State Theory from the University of Cambridge in 1969. He began his career in the Cavendish Laboratory, Cambridge, and later worked at Downing College, Bell Laboratories and Daresbury Laboratory. Since 1981, he has been the Chair in Theoretical Solid-State Physics in the Imperial College London where he has served as Head of Physics Department (1998-2001), and subsequently Principal of the Faculty of Physical Sciences (2001-2002).

Professor Sir Pendry is a condensed matter theorist known for his research into refractive indexes and creation of the first practical “Invisibility Cloak”. He has worked extensively on electronic and structural properties of surfaces, developing the theory of low energy diffraction and electronic surface states and transport in disordered systems.

In 1992, Professor Sir Pendry turned his attention to photonic materials and developed some of the first computer codes capable of handling these novel materials. This interest led to his present research which concerns the remarkable electromagnetic properties of “Meta-materials” whose properties owe more to their micro-structures than to the constituent materials. These made accessible completely novel materials with properties not found in nature. Successively Meta-materials with negative electrical permittivity, then with negative magnetic permeability were designed and constructed. These designs were subsequently the basis for the first material with a negative refractive index, a property predicted 40 years ago by a Russian scientist, but unrealized because of the absence of suitable materials.

He went on to explore the surface excitations of the new negative materials and showed that these were part of the surface plasmon excitations familiar in metals. This project culminated in the proposal for a “perfect lens” whose resolution is unlimited by wavelength. In collaboration with a team of scientists at Duke University, he has developed the concept of “transformation optics”, or TO for short, which prescribes how electromagnetic lines of force can be manipulated at will. This enabled a proposed recipe for a cloak that can hide an arbitrary object from electromagnetic fields. Meta-materials give the possibility of building such a cloak and a version of this design working at radar frequencies and exploiting the properties of Meta-materials has now been implemented experimentally by the Duke team. Optical versions of the cloak have now been constructed.

His latest research applies TO to the study of surface plasmons. The surfaces of metals such as gold and silver support density oscillations of the electrons, much like waves on a sea. These can couple to external radiation, but have a much shorter wavelength. The plasmonic excitations are greatly influenced by the shape of the surface and in particular by any singularities such as sharp corners, touching surfaces, or other rough features, which tend to attract very high field intensities: they act as harvesting points for any incident radiation. By applying transformations to simple structures, such as plasmonic waveguides consisting of two parallel sheets of silver, many of the singular structures can be generated through a singular transformation and their spectra understood through the spectrum of the original simple waveguide. Thus, apparently diverse structures such as sharp edges, points, nearly touching spheres, can be shown to have a common origin and can in many cases be treated analytically. This deep understanding enables further properties of these structures to be elucidated such as the dispersion forces acting at short range between surfaces that are otherwise out of physical contact.

Elected a Fellow of the Royal Society in 1984, Professor Sir Pendry has been Member of Council in 1992–1994, and Editor of the Proceedings A in 1996–2002. He was elected a Member of Council of the Institute of Physics (IOP) and Chairman of Institute of Physics Publishing in 2007-2011 and an Honorary Fellow of IOP in 2016. He was also named Fellow or Foreign Member in several professional organizations including the Optical Society of America, the American Academy of Arts and Sciences, US National Academy of Sciences, the Norwegian Academy of Science and Letters and the American Physical Society. He has received numerous honors and awards recognizing his contributions, culminating in his knighthood for services to science in 2004, and the Royal Medal of the Royal Society in 2006. He was also awarded the Isaac Newton Medal in 2013, the Kavli Prize in 2014, the Dan David Prize and Ugo Fano Gold Medal in 2016, the John Howard Dellinger Medal in 2017 and the SPIE Mozi Award in 2019.