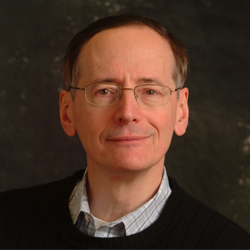 Professor Tobin J. Marks, Senior Fellow of HKIAS and Professor at Northwestern University, USA, was elected a member of the European Academy of Sciences (was named a Clarivate Analytics Citation Laureate) and was conferred Honorary Professor by Nanjing Technical University, China, in recognition of his contributions to science and technology, especially the pioneering work in the areas of catalysis, organo-f-element chemistry, electronic and photonic materials, and coordination chemistry.

Professor Marks is a world-renowned expert in various fields, including catalysis, printed electronics and solar energy conversion devices. He has developed a variety of recyclable plastics, screens, electronic components and cells for conversion of solar energy to electricity. His specialties include polymer and metal chemistry, photonic materials, super-conductors and organometallics.

The European Academy of Sciences was founded in 2003 to promote excellence in science and technology. Based in Brussels, it currently has some 600 members in its nine divisions, including 65 Nobel Prize and Fields Medal winners, hailing from 45 nations.