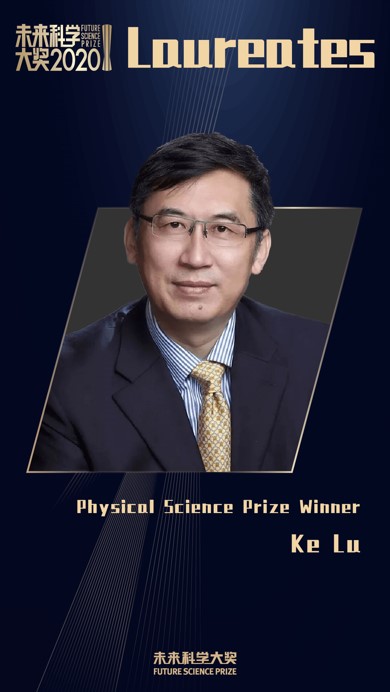 Professor Ke Lu, HKIAS Senior Fellow, was honored with the 2020 Future Science Prize in Physical Sciences. The prize recognizes the pioneering work of Professor Lu in synthesizing and discovering nano-twinned structure and gradient nanostructure that simultaneously exhibits superior strength, ductility, and conductivity of copper. The award ceremony will be held on the last day of the Future Science Week in Beijing on 22 November 2020. The first recipient of the Future Science Prize in Physical Sciences (2016) was Professor Qi-Kun Xue, HKIAS Senior Fellow and Vice-President for Research at the Tsinghua University, China.

Professor Lu and his team have made a breakthrough in strengthening metals without compromising desirable properties. The research team discovered that two types of novel nanostructures can greatly strengthen the mechanical strength of copper while keeping their superior ductility and electrical conductivity.

Strengthening of metallic materials has been one of the core scientific challenges in the field of material physics for decades. Traditional strengthening strategies for materials are based on introducing various types of defects to resist dislocation motion. They invariably compromise ductility or electrical conductivity. The strength-ductility and strength-conductivity trade-off is a long-standing dilemma that limits traditional approaches to prepare metals and alloys. A method that strengthens metals without compromising other useful properties has been an unresolved challenge for material researchers for decades.

Future Science Prize is a privately funded science prize established by a group of renowned scientists and successful entrepreneurs in 2016, aims to recognize scientific breakthroughs and innovations in the region of Mainland China, Taiwan, Hong Kong, and Macau. Future Science Prize awards outstanding scientists for their significant contribution, sparkle the public’s enthusiasm for science and inspire the younger generation in scientific development.