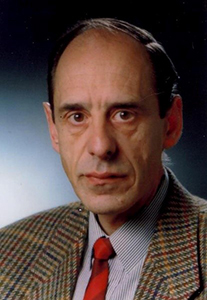 Professor Herbert Gleiter, HKIAS Senior Fellow, was conferred the Honorary Doctoral Degree and appointed as a Senior Fellow from the University of Lanzhou in China. The award ceremony will be held during The Gleiter Symposium on Frontier of Nanoscience on 23 November 2020. Professor Gleiter will deliver a plenary lecture titled “New Concepts in Nanoscience - New Kinds of Materials opening the Way to New Technologies” at the conference. In view of the pandemic, the conference and the ceremony will be conducted online.

Professor Gleiter is the Founding Director of the "Herbert Gleiter Institute of Nanoscience" at Nanjing University of Science and Technology and the Distinguished Senior Professor and Academician at the Institute für Nanotechnology at KIT Karlsruhe in Germany. As the leading scientist in the nanostructured materials, he initiated the development of new class of noncrystalline solids, the so-called nano-glasses.