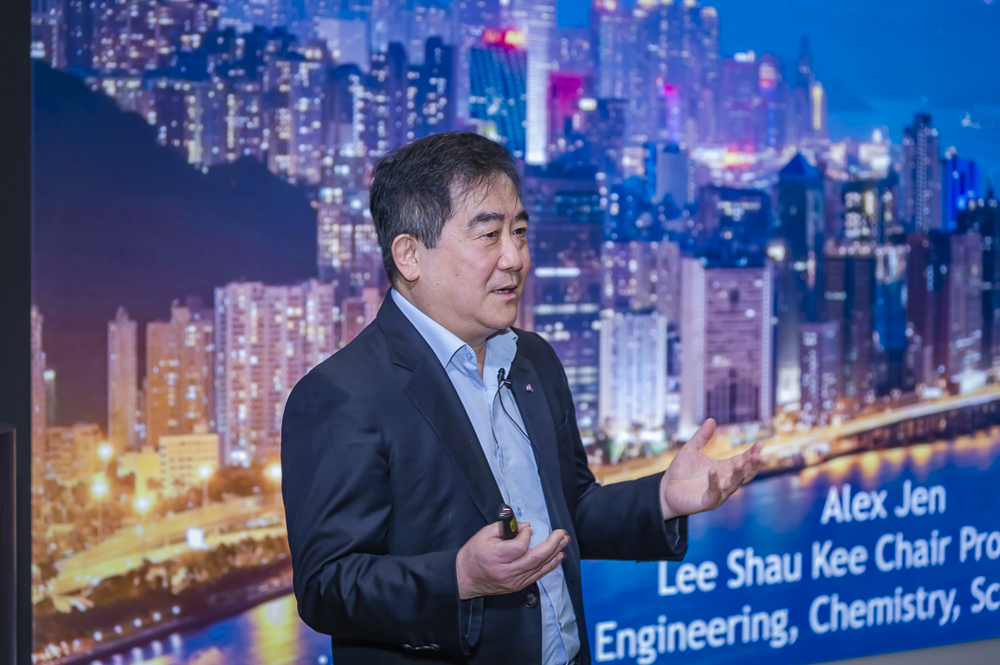 Powering the world while preserving the planet is a rising concern. A renowned scientist, Professor Alex Jen, the Lee Shau-Kee Chair Professor of Materials Science of the City University of Hong Kong (CityU), presented an online lecture titled “Printable Solar Cells for Transformative Clean Energy and Sustainable Society” for the Hong Kong Institute for Advanced Study (HKIAS) Distinguished Lecture Series on Chemistry at CityU on 3 March 2021. Over 330 online participants joined this virtual lecture.

In the talk, an expert in organic photonics and electronics, Professor Alex Jen, a Chair Professor of Chemistry and Materials Science at CityU, introduced a novel approach to making solar power more effective, environmentally friendly, and less energy consumption during production. He discussed the interaction between solar energy generation, rechargeable batteries, and innovative energy-saving applications for tackling severe challenges of climate changes to ensure a sustainable environment.

To address these problems, the research team led by Professor Jen developed a groundbreaking two-dimensional (2D) metal-organic framework (MOF) which could be applied to the outer layer of PVSCs, making the solar cell less harmful. The production of PVSCs involves the application of layers of different materials. Professor Jen explained that experiments showed the newly developed MOF captured over 80% of toxic lead ions from degraded PVSCs by forming a water-insoluble complex.

Moreover, Professor Jen elaborated that by incorporating a functionalized 2D MOF into PVSCs, the performance of PVSCs has achieved a record-high power conversion efficiency (PCE) and excellent ambient stability. They are low-cost to produce and have other advantages, including their exceptionally strong photoluminescence. Making way for a commercially viable, large-scale perovskite photovoltaic deployment of the technology.

According to Professor Jen, the scale of applications for organic, printable and flexible solar cells is broad, being the best option for tiny mobile devices to providing great appeal for tall standing structures. Professor Jen hopes that in the future, the manufacturing of this type of PVSCs would be like printing newspapers and easily scaled up in production, facilitating the large-scale deployment of highly efficient PVSCs for clean energy applications.

Professor Jen’s interdisciplinary research covers organic/hybrid functional materials and devices for photonics, energy, sensors, and nanomedicine. He is a distinguished researcher with more than 950 publications, 68,000 citations, and an H-index of 131. Professor Jen has also co-invented 63 patents and invention disclosures. He was named by Thomson Reuters a “Highly Cited Researcher” from 2014 to 2020 and one of the "World's Most Influential Scientific Minds" in 2015 and 2016 in the field of materials science.

For his pioneering contributions in organic photonics and electronics, Professor Jen was elected as an Academician by the European Academy of Sciences and the Washington State Academy of Sciences. He is also a Fellow by several professional societies, including AAAS, MRS, ACS, PMSE, OSA and SPIE. 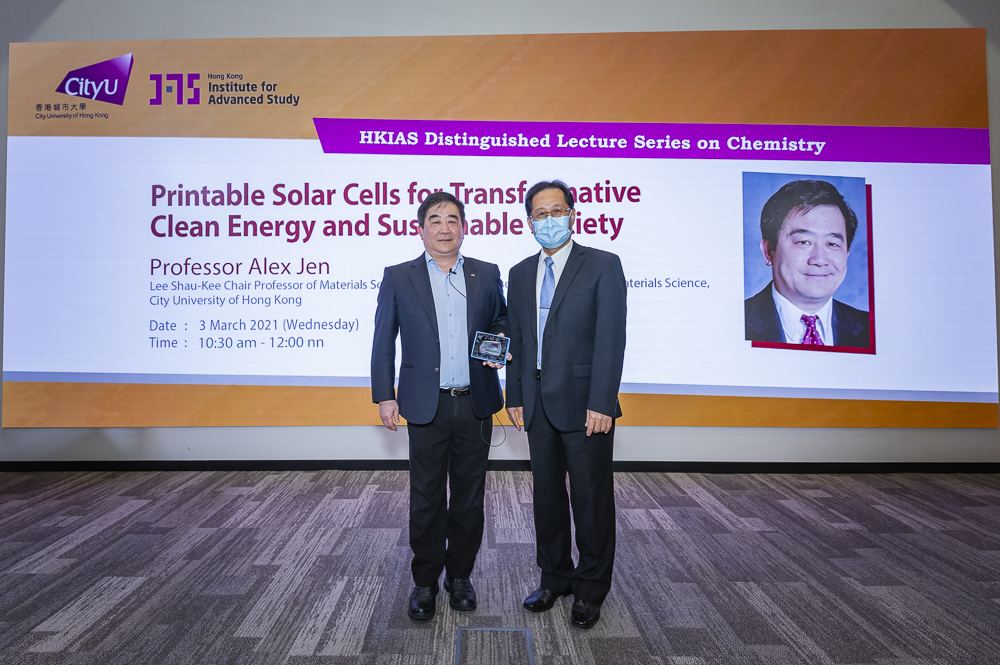 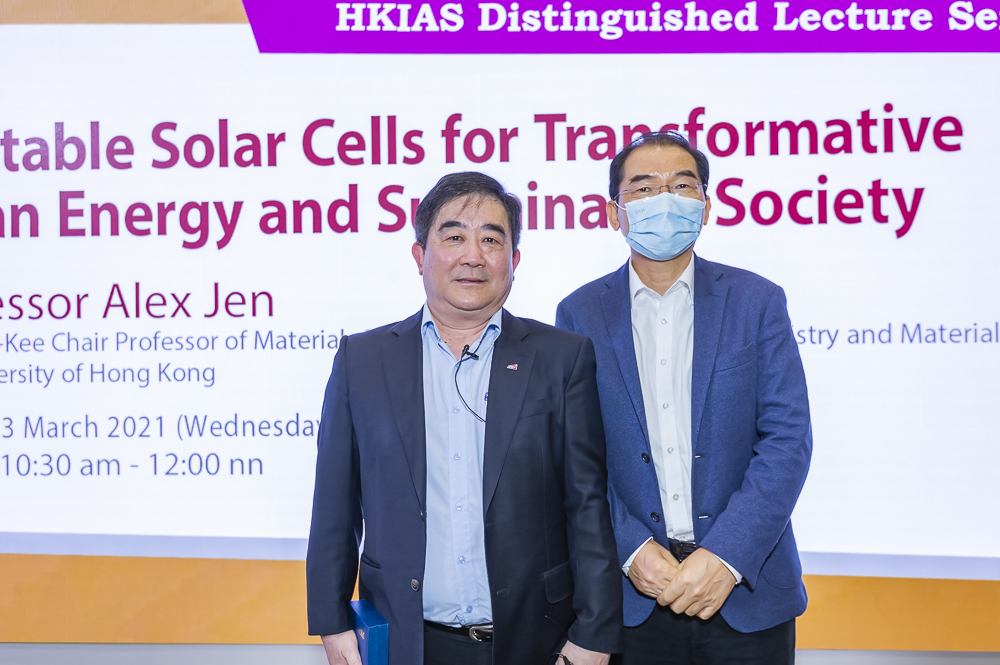