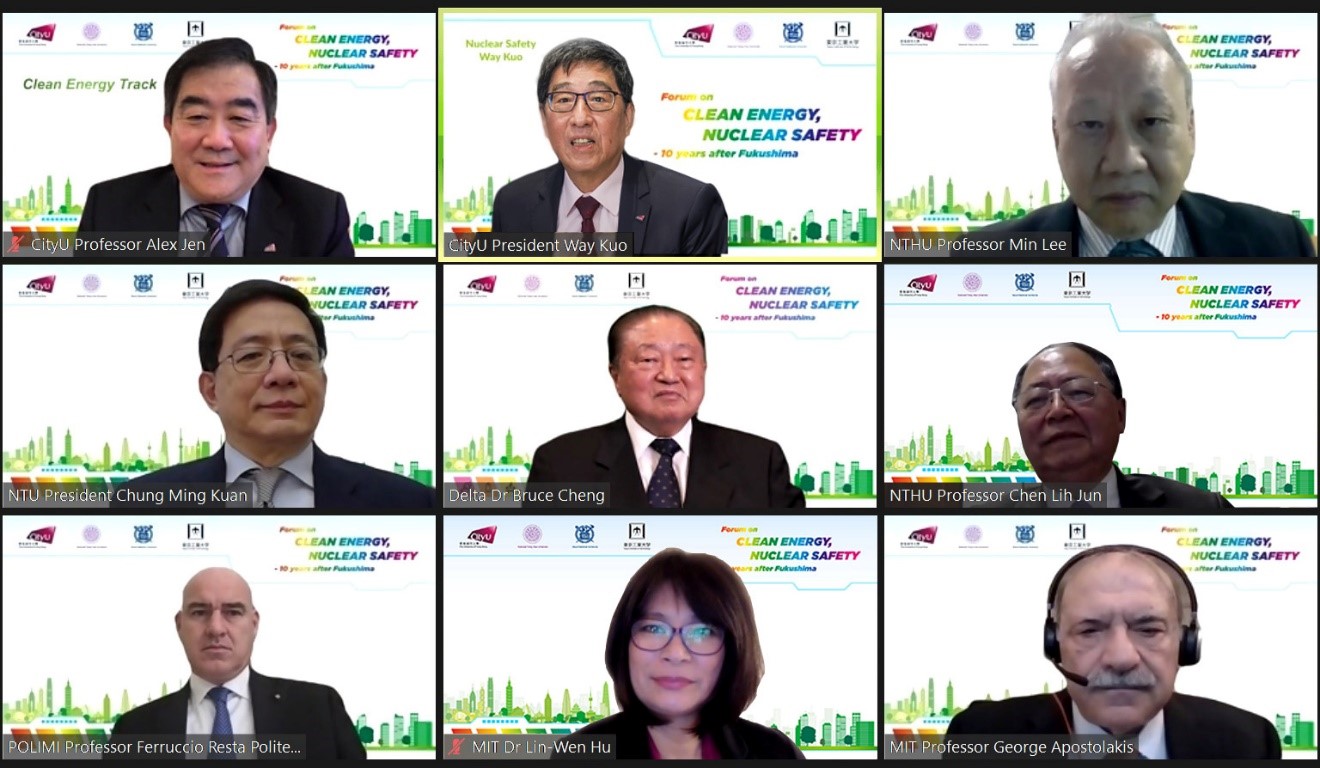 This event was co-hosted by City University of Hong Kong (CityU), National Tsing Hua University, Seoul National University, and Tokyo Institute of Technology. Hong Kong Institute for Advanced Study (HKIAS) was one of the Organization Supporters.

President of CityU, a Member of the US National Academy of Engineering and a Senior Fellow of HKIAS, Professor Way Kuo, was the General Chair for the Forum. In the opening remarks, he introduced the idea of “Rainbow Energy”, which includes hydropower, fossil (coal, oil and natural gas), nuclear, wind, solar, biofuel, and others (geothermal, ocean energy and marsh gas).

According to President Kuo, upon reviewing the Fukushima crisis in March 2011, the ensuing discussions debated workable suggestions for tackling climate change, thus turning the possibility of a carbon-neutral world by 2050 into a reality.