The Heart, Beating in Unison, and the Mathematics of Synchronization 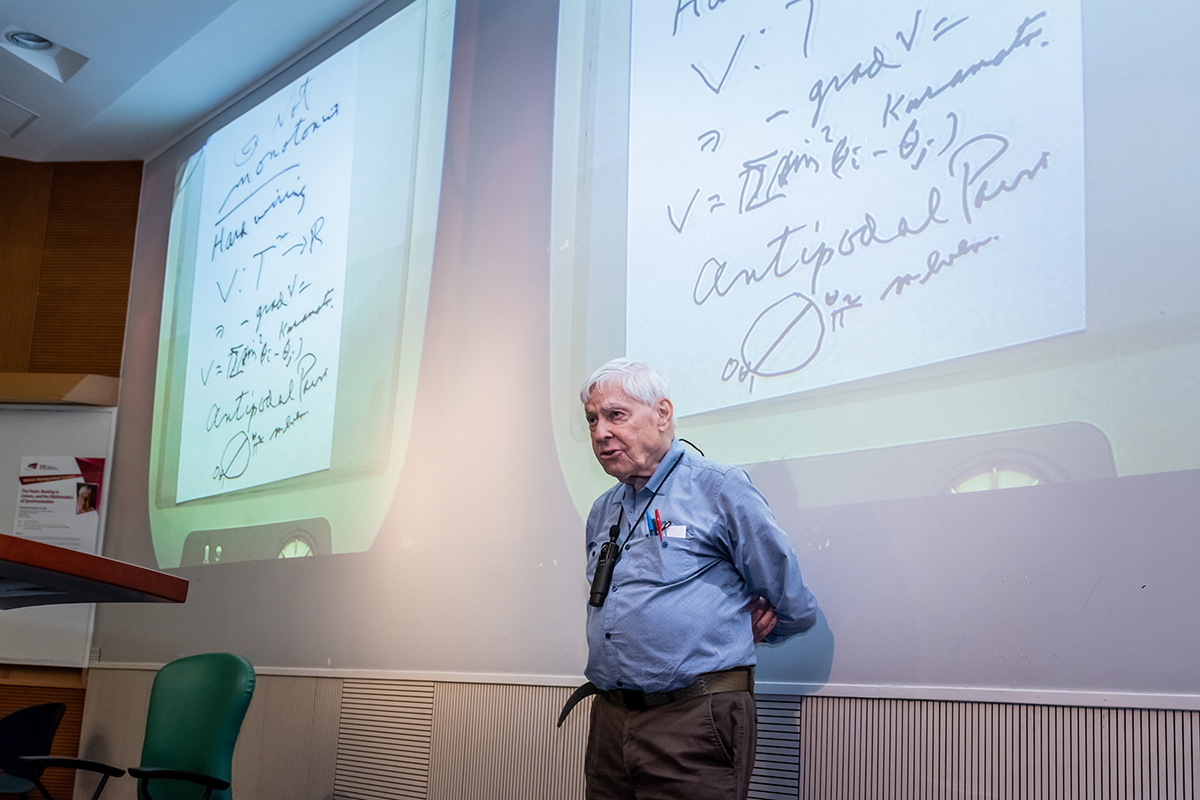 Professor Stephen Smale, Senior Fellow of HKIAS, delivered a distinguished lecture titled “The Heart, Beating in Unison, and the Mathematics of Synchronization”.

Professor Stephen Smale, a renowned mathematician, delivered a distinguished lecture titled “The Heart, Beating in Unison, and the Mathematics of Synchronization” for the Hong Kong Institute for Advanced Study (HKIAS) at City University of Hong Kong on 4 July 2019.

Myocites, a class of heart cells, oscillate independently when put into a petri dish but after some time nearby cells will have similar oscillatory behaviour. In this lecture, Professor Stephen Smale, Professor Emeritus at University of California, Berkeley and Senior Fellow of HKIAS, discussed how to design a mathematical model of synchronization to help understand this phenomenon.

Professor Smale focused on discussing one of the most representative mathematic models in synchronization - Kuramoto model; he analysed the geometric consequences of Kuramoto's ordinary differential equations. In addition, Professor Smale elaborated how to obtain a phase setting of Kuramoto equations to get a "beating in unison" result.

Professor Smale is known for his research in topology, dynamical systems and mathematical economics. He is one of the few mathematicians to win both the Fields Medal and Wolf Prize in mathematics. He is a Member of the US National Academy of Sciences. 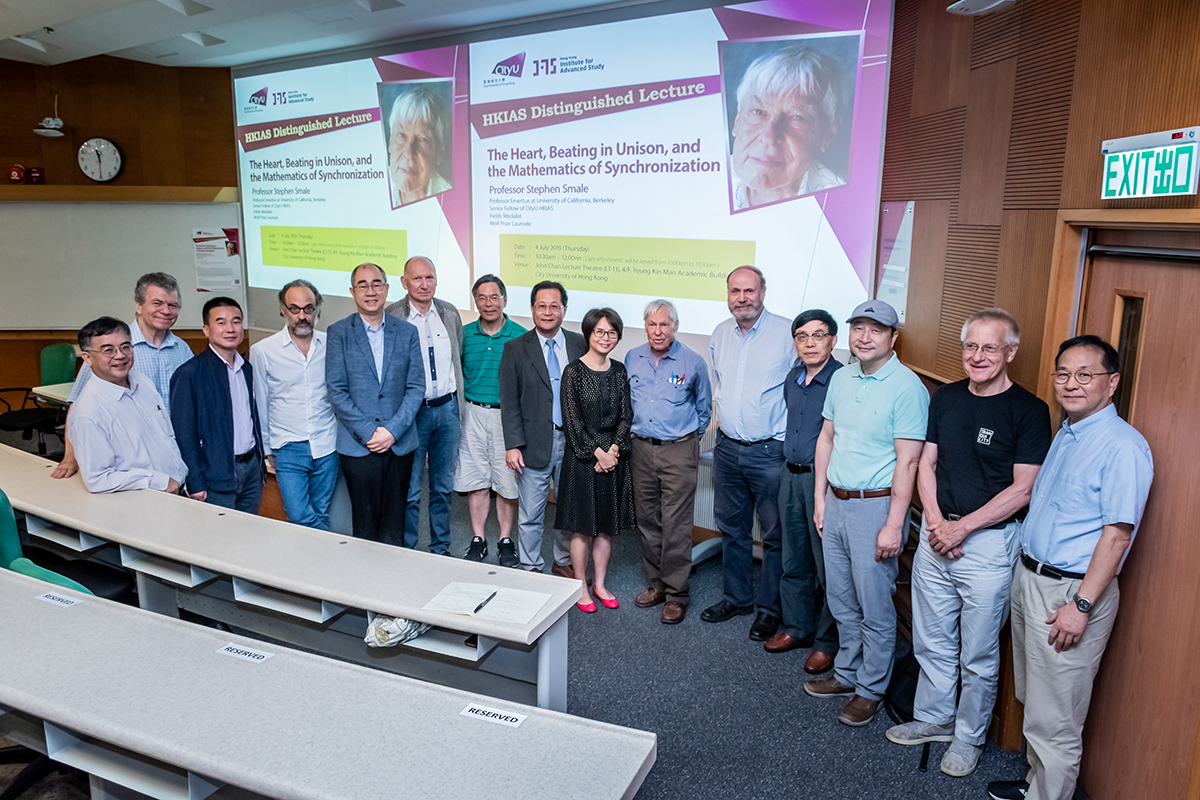