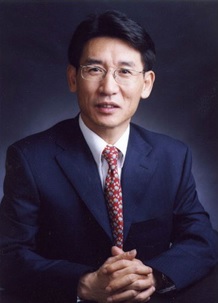 Professor Qi-Kun Xue, HKIAS Senior Fellow, was honored with the 2020 Fritz London Memorial Prize. The prize recognizes the pioneering work of Professor Xue on the experimental discovery of quantum anomalous Hall effect and edge channel in magnetic topological insulators. Professor Xue is the first Chinese scientist to receive this honor since the award established in 1957.

Professor Xue is currently the Vice-President for Research at the Tsinghua University, China and the Director of Beijing Academy of Quantum Information Sciences. He is a fellow of The Chinese Academy of Sciences.

In addition to Professor Xue, Professor V. Vinokur of Argonne National Laboratory, USA and Professor Frank Steglich of Max Planck Institute for Chemical Physics of Solids, Germany also are the recipients of the prize. The award will be presented during the 29th International Low Temperature Physics Conference (LT29) in August 2020 in Sapporo, Japan.

Established in 1957, the Fritz London Memorial Prize is awarded every three years and honors outstanding experimental and theoretical achievements in the field of Low Temperature Physics. It is traditionally presented in the International Low Temperature Conference, which is sponsored by the IUPAP (International Union of Pure and Applied Physics). The prize is named after the physicist Fritz London, who made significant contributions to understanding the electromagnetic properties of superconductors.