Acute Ischemic Stroke: Why Don't We Have Better Treatments? 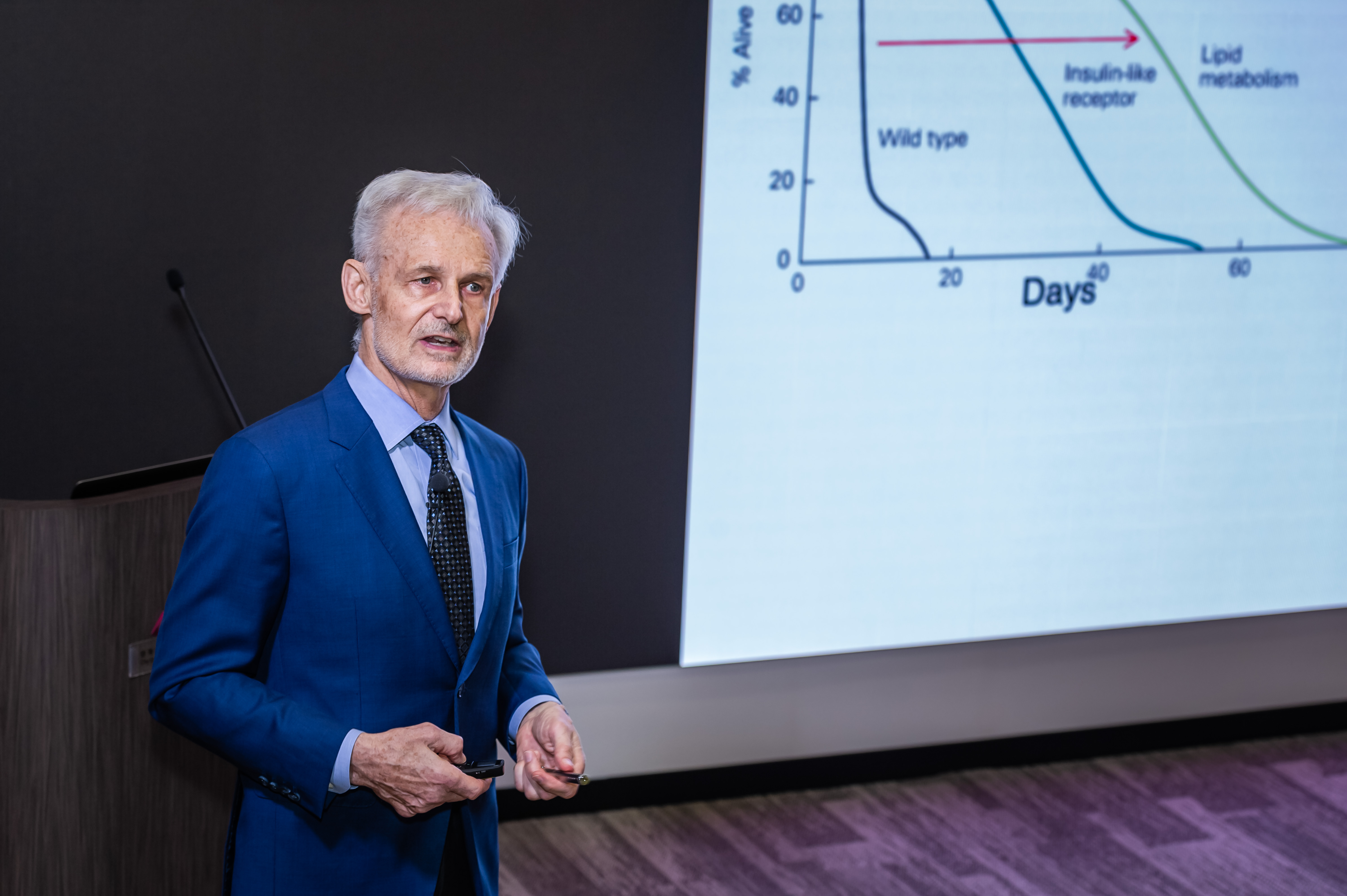 Professor Bruce R. Ransom, a recognized scholar in neurology, presented a lecture titled "Acute Ischemic Stroke: Why Don't We Have Better Treatments?" at the inaugural lecture of the Hong Kong Institute for Advanced Study (HKIAS) Distinguished Lecture Series on Life Sciences at City University of Hong Kong (CityU) on 4 May 2020. This lecture is sponsored by a generous donation from the Kwang Hua Educational Foundation.

According to the World Health Organization, “ischemic heart disease and stroke are the world’s biggest killers, accounting for a combined 15.2 million deaths in 2016”. In his talk, Professor Ransom, Chair Professor and Acting Head of Department of Neuroscience at CityU and Professor Emeritus of Department of Neurology at University of Washington, explained the cause and explored the drugs development of ischemic heart disease and stroke.

Professor Ransom said that an ischemic stroke occurs when the blood supply to part of the brain is interrupted or reduced, preventing brain tissue from getting oxygen and nutrients. This causes brain tissue to become damaged or die because the metabolism of human brain is relatively high when comparing with other organs.

Over the past four decades, scientists conducted intensive animal research on the cellular pathophysiology of ischemic stroke, which led to the development of promising ‘neuroprotective’ drugs that worked well in stroke models. However, evidence has shown that ‘neuroprotection’ does not work in human trials.

Professor Ransom pointed out the reasons and reviewed why no clinically proven neuroprotective drugs have been developed over the years. He suggested that scientists should recalibrate the research direction and explore pathophysiology of CNS Neuron Injury. He concluded that he is optimistic that ischemic stroke could be treatable with therapies implemented at the neural level.

Professor Ransom is an expert in general neurology and sub-specializes in movement disorder conditions, such as Parkinson disease. His research primarily focuses on glia cell physiology and function, and on the cellular mechanisms of brain injury due to stroke. He is a fellow of the American Academy of Neurology, and past president of the Association of University Professors of Neurology.

Video and Powerpoint of the lecture are available on the HKIAS website.