The Past, Present and Future of the Human Brain 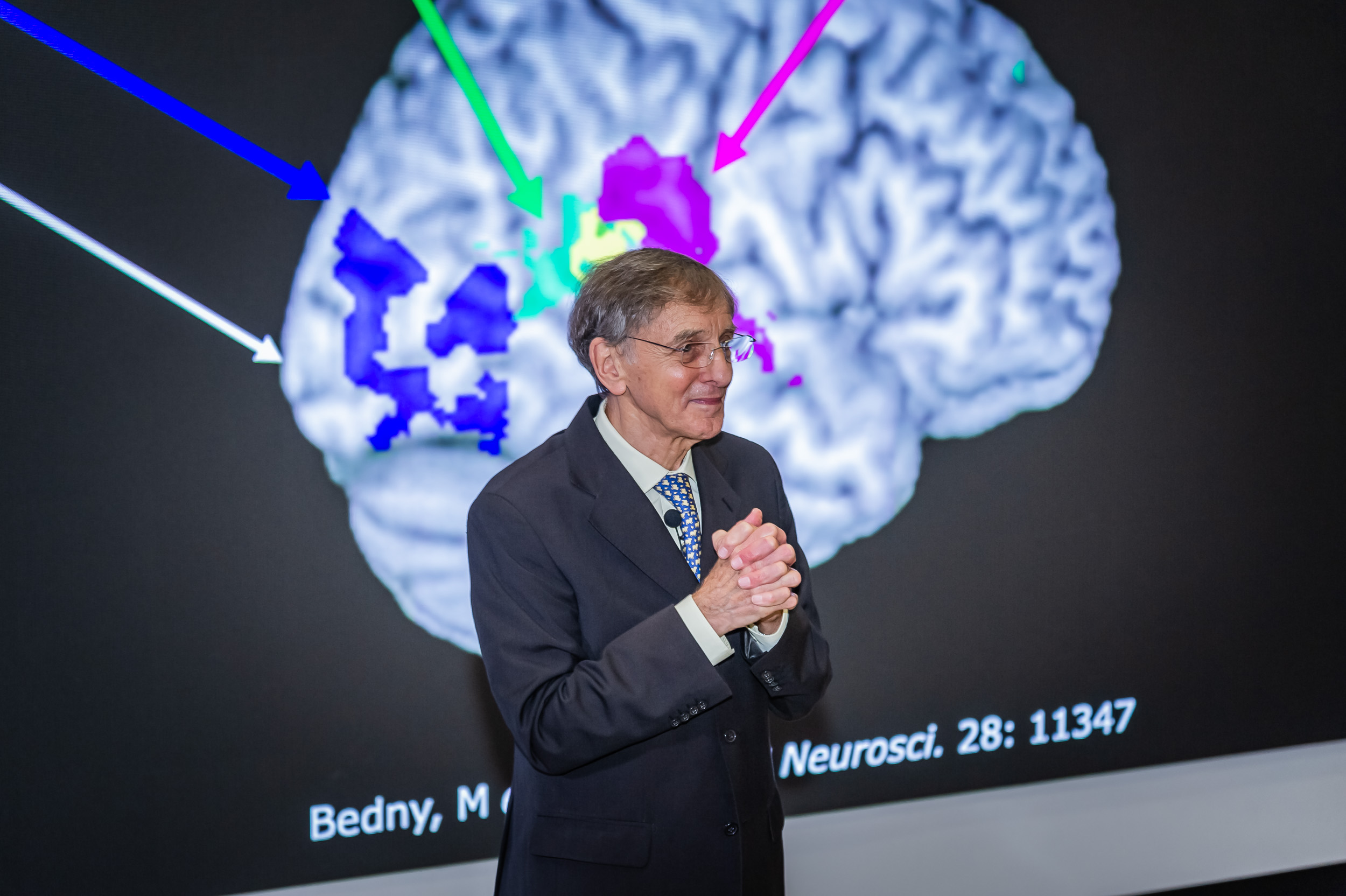 Professor Sir Colin Blakemore delivered a talk "The Past, Present and Future of the Human Brain"

Professor Sir Colin Blakemore, an acclaimed neuroscientist, presented a lecture titled "The Past, Present and Future of the Human Brain" as part of the Hong Kong Institute for Advanced Study (HKIAS) Distinguished Lecture Series on Life Sciences at City University of Hong Kong (CityU) on 8 May 2020. This lecture is sponsored by a generous donation from the Kwang Hua Educational Foundation.

In the talk, Professor Sir Colin Blakemore, Senior Fellow of HKIAS and Yeung Kin Man Chair Professor of Neuroscience at CityU, explored the post-Darwinian phase of human evolution and discussed how the brain might evolve in the future.

In the past few millennia, the human brain has undergone a substantial change in size and organization. Professor Sir Blakemore explained in detail how changes occurred in brain size and other aspects of neuroanatomical reorganization to Homo sapiens about 250,000 years ago.

Furthermore, recent research suggested that the human brain is re-engineered by individual experience, while experiments have shown that brain growth stimulated by video gaming. Hence, Professor Sir Blakemore proposed a new concept for brain evolution: In the future, are we making new areas in our brains?

Professor Sir Colin Blakemore studied medicine at Cambridge and did a Ph.D. at the University of California, Berkeley. He worked at Cambridge and Oxford for more than 40 years; he joined City University a year ago. His research has focused on vision, development of the brain, and neurodegenerative disease. He is a member of 13 academies, including the Royal Society and the Chinese Academy of Engineering. His many awards include the Ralph Gerard Prize, and both the Faraday Prize and the Ferrier Prize from the Royal Society. He was knighted in 2014 for “services to scientific research, policy and outreach”.

Video and Powerpoint of the lecture are available on the HKIAS website.