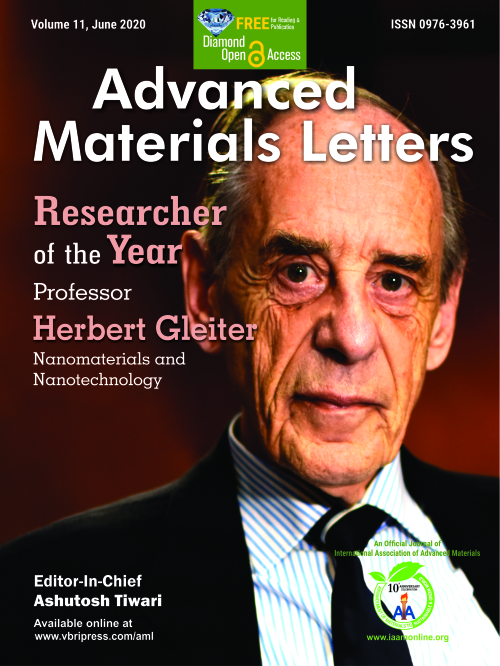 Professor Herbert Gleiter, HKIAS Senior Fellow, was honored with the “Researcher of the Year 2020” by the Advanced Materials Letters in January 2020. The award recognizes the substantial contribution of Professor Gleiter in promoting advanced nanomaterials over the years. Advanced Materials Letters dedicates the cover photo of the June 2020 issue for his uncountable efforts towards “research perspective, expanding education, promoting materials research and its applications at a global standard”. The 2019 awardee for the prestigious title of “Researcher of the Year” was Professor Enge Wang, HKIAS Senior Fellow and a member of the Chinese Academy of Sciences, China.

In addition, Professor Gleiter will be awarded the honorary doctoral degree and the degree of a Senior Fellow from the University of Lanzhou. The award ceremony will be held during the Herbert Gleiter Symposium on Frontier of Nanoscience in November 2020 at Lanzhou.

Professor Gleiter is the Founding Director of the "Herbert Gleiter Institute of Nanoscience" at Nanjing University of Science and Technology and the Distinguished Senior Professor and Academician at the Institute für Nanotechnology at KIT Karlsruhe in Germany. As the leading scientist in the nanostructured materials, he initiated the development of new class of noncrystalline solids, the so-called nano-glasses.