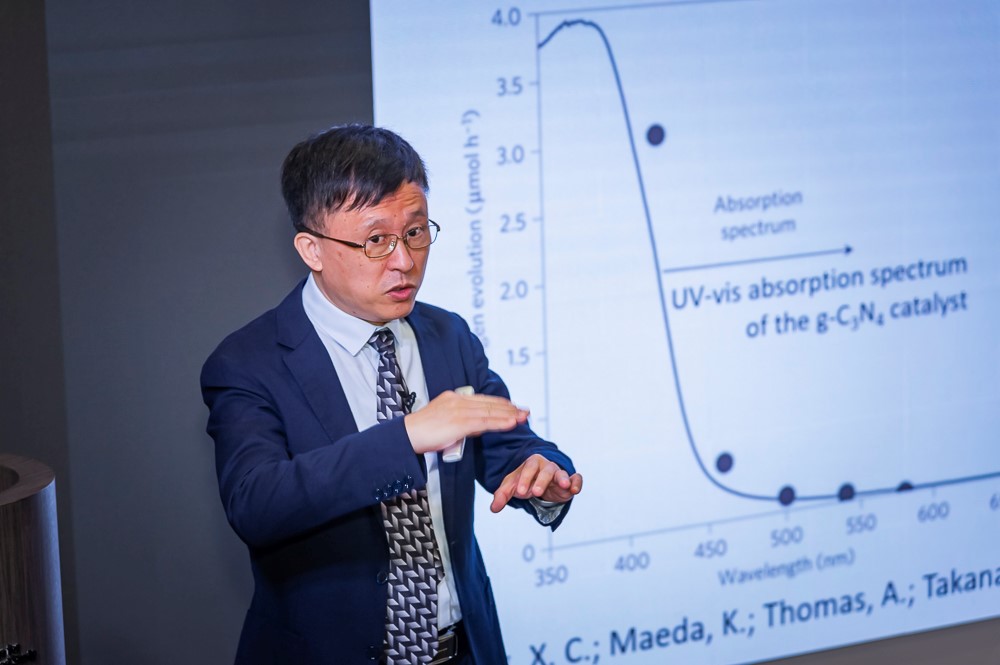 Professor Ruiqin Zhang, Chair Professor in the Department of Physics at the City University of Hong Kong (CityU), delivered a lecture titled “Tuning of Confined Quantum States” at the virtual talk of the Hong Kong Institute for Advanced Study (HKIAS) Lecture Series on Physics at CityU on 28 April 2021.

As is well known, the discovery of quantum confinement and size effects in nanostructures presents challenges and opportunities for the development of new science and technology. In the talk, Professor Ruiqin Zhang, Chair Professor in the Department of Materials Science and Engineering at CityU, discussed his latest research results on property changes of quantum confined states due to environment changes and applications of stress, pressure, and light.

Professor Zhang has been working on engineering the confined quantum states with different approaches over the years. He introduced three strategies for the electronic properties of low-dimensional semiconducting materials that he developed, including surface engineering, stress or strain engineering, and excited state engineering, with relevant experimental results and findings.

Besides, the quantum confinement effect of semiconductor nanostructures had long been recognized as an important method for tuning electronic band structures over the years. However, Professor Zhang's latest study demonstrated that the surface effects of semiconductor nanostructures are as crucial as quantum confinement and size effects. In particular, his research team has systematically studied several novel properties of low-dimensional systems determined by surface and stress, proving that low-dimensional systems' surface and stress effects are as important as quantum confinement effects.

According to Professor Zhang, these researches are helpful for the development of low-dimensional science and technology. He said that their work is expected to promote the applications of low-dimensional systems in optoelectronics, nano-electrons, environment, energy, biology, and medicine.

Professor Zhang's research interests include computational method developments and modeling, and simulations with experimental confirmations of systems in condensed matter physics, surface science, chemistry, and materials science, aiming at revealing their formation, growth, reaction mechanisms, microstructures, and novel properties. His proposals of using surface and stress or strain to engineer the electronic structure of low-dimensional systems are widely used in designing and predicting novel properties of functional materials in the scientific communities.

He has received numerous accolades over the years, including the State Natural Science Award and the Scientific and Technological Development in 1997, the Friedrich Wilhelm Bessel Research Awards in 2004, and the State Natural Science Award in 2005. He is currently a Council Member of the Association of Asia Pacific Physical Societies (AAPPS) and is an elected Fellow of the American Physical Society (APS). 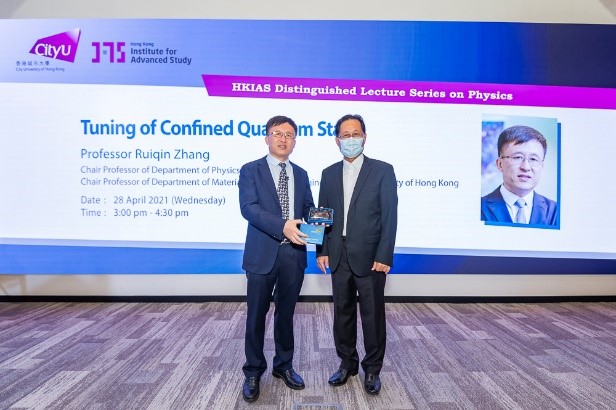 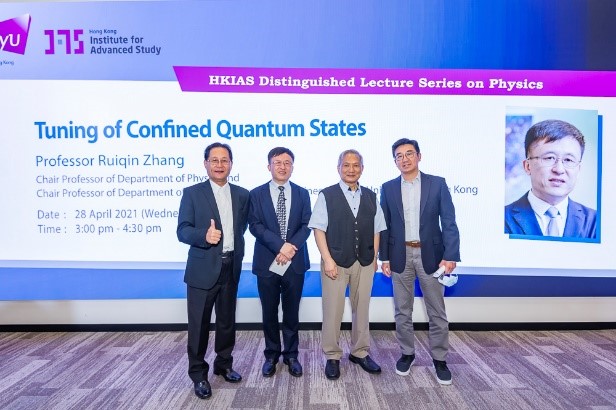