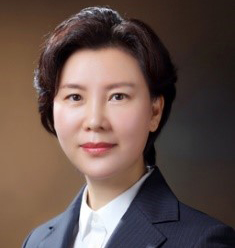 Professor Jihong Yu, HKIAS Senior Fellow and a Professor at the Jilin University, was elected a Foreign Member of the Royal Swedish Academy of Sciences to the Class of Chemistry, and was honoured the Science and Technology Progress Award by the Ho Leung Ho Lee Foundation, in recognition of her contributions to science and chemistry. The presentation ceremony will be held in October 2021.

The Royal Swedish Academy of Sciences was founded in 1739 and is an independent organisation, whose overall objective is to promote the sciences and strengthen their influence in society. The Academy has around 460 Swedish and 175 foreign members. The Academy's members are divided into ten scientific disciplines, called classes. Being elected a member of the Academy constitutes exclusive recognition of successful achievements.