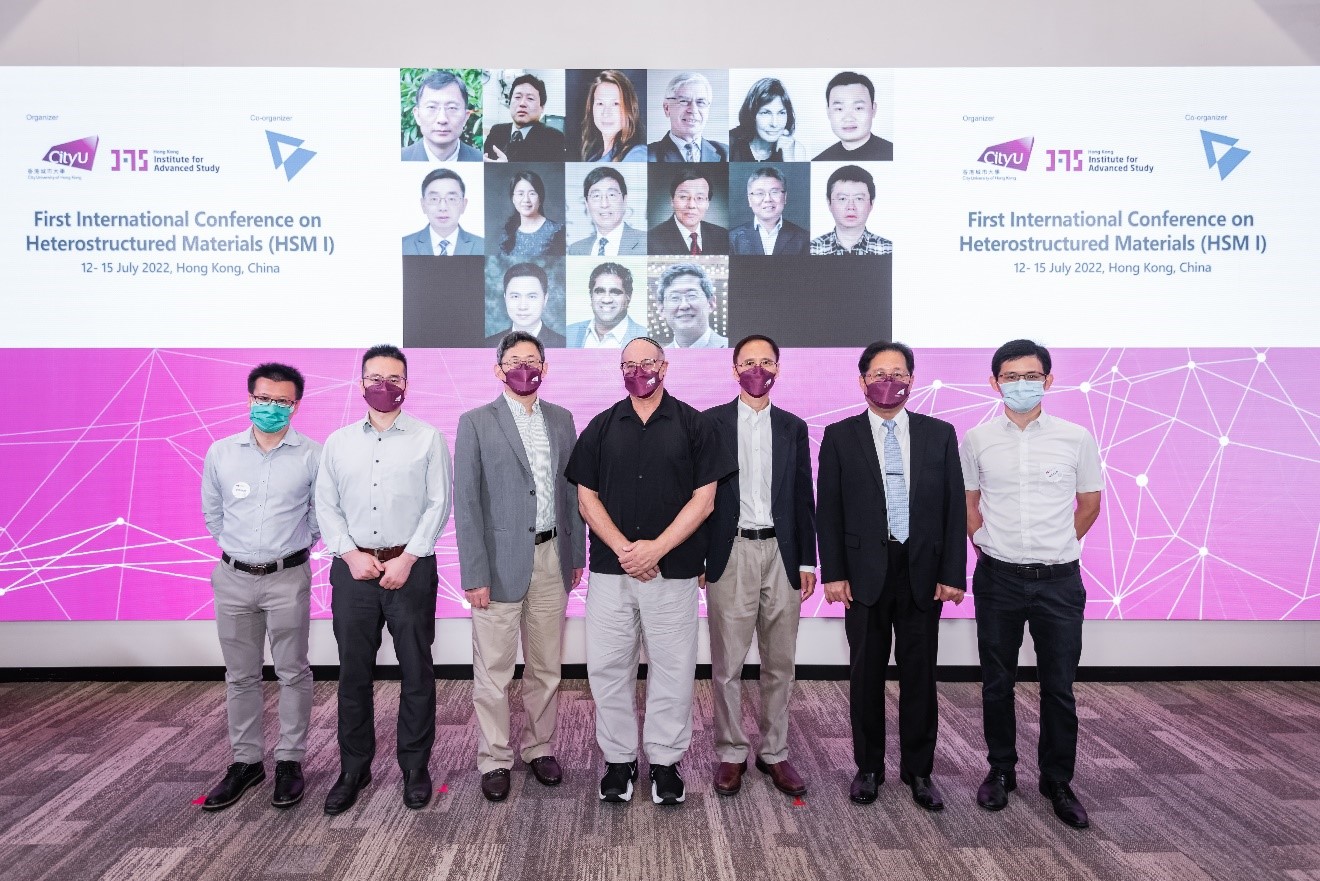 Members of the Organizing Committee (2nd from the right), Professor Jacob C. Huang, Professor Yuntain Zhu and Professor David Srolovitz, were joined by conference speakers at the opening ceremony.

The First International Conference on Heterostructured Materials (HSM I) was held from 12 to 15 July 2022. This hybrid event was hosted by Hong Kong Institute for Advanced Study (HKIAS) and co-organised by Shenyang National Laboratory for Materials Science, China. The 4-day conference was well-attended by scholars and scientists from worldwide.

Heterostructured Materials (HS materials) represent an emerging class of materials that are expected to become a major research field for the materials, mechanics, physics and computer simulation communities in the coming years. Over 70 prominent scientists and pioneers in this field across the globe covered 11 session themes on HSM's fundamental science, technology and applications at the event.

At the first-of-its-kind international conference held in Hong Kong, President Way Kuo said in his recorded opening address that the CityU aspires to become a leading global university, excelling in research and professional education. It is important to disseminate these research results to the academic community. HSM I provided a platform for sharing new ideas and establishing future research directions. 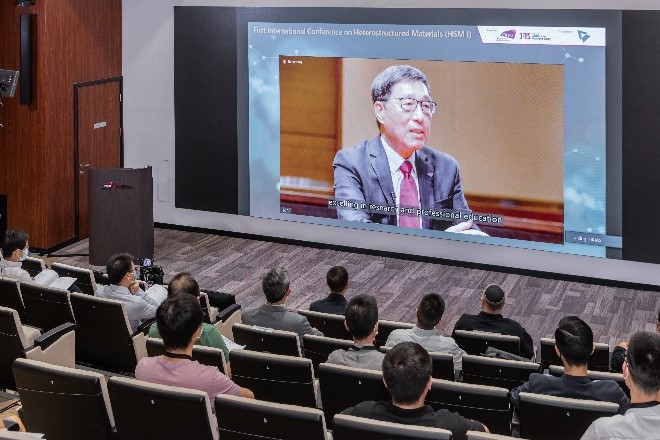 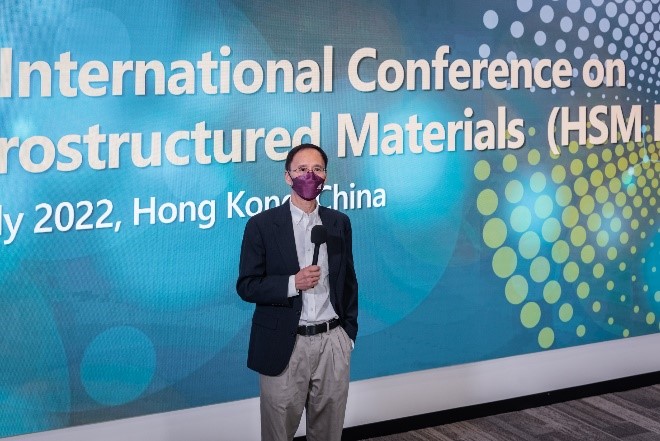 In addition, Professor Yuntian Zhu, a key member of the conference International Organizing Committee and Chair Professor at the Department of Materials Science and Engineering (MSE) at CityU, extended a warm welcome to all of the participants and expressed the sincere gratitude to the plenary, keynote and invited speakers. He said that the HSM I aim to offer an opportunity for researchers to explore potential applications of HS materials and multidisciplinary collaborations.

The first day of the HSM I featured a plenary talk by Professor Huajian Gao, Chair Professor of School of Mechanical and Aerospace Engineering from the Nanyang Technological University in Singapore, a member of the National Academy of Science of the USA. In his online talk, he analysed the mechanical behavior of HS materials and discussed the recent development of "Engineer metals with internal interfaces for enhanced mechanical performance". 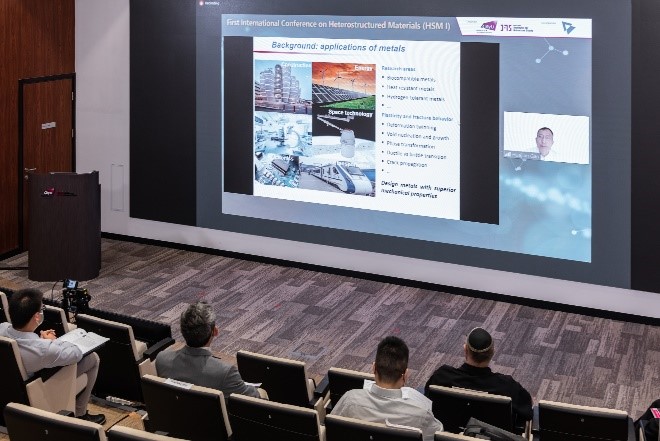 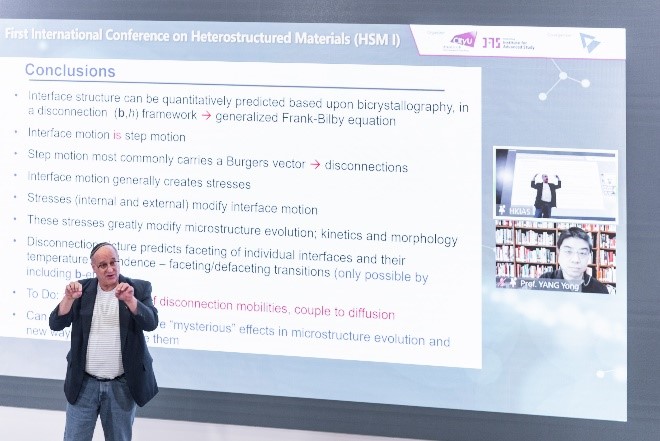 Another plenary speaker, a member of the National Academy of Engineering of the USA, Professor David Srolovitz, Dean of the Mechanical Engineering Department from the University of Hong Kong, who went through a journey with the audience in the microstructural mechanism of HS materials. He delivered a talk titled "Predictive Microstructure Evolution".

One of the conference's highlights was a banquet held in honour of Professor Chain Tsuan Liu. President Way Kuo presented Professor Liu with the Lifetime Contribution Award in recognition of his contribution to materials science. Professor Jacob C. Huang remarked at the banquet that Professor Liu is a world leader in intermetallics and high-entropy alloys. Moreover, the significant breakthrough made by Professor Liu has long-standing impact on the field and CityU’s community. 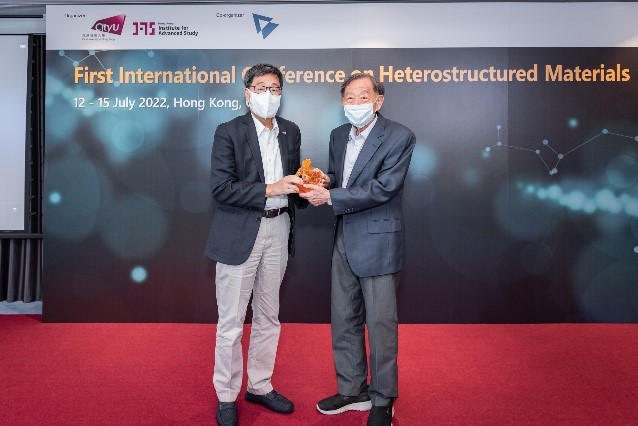 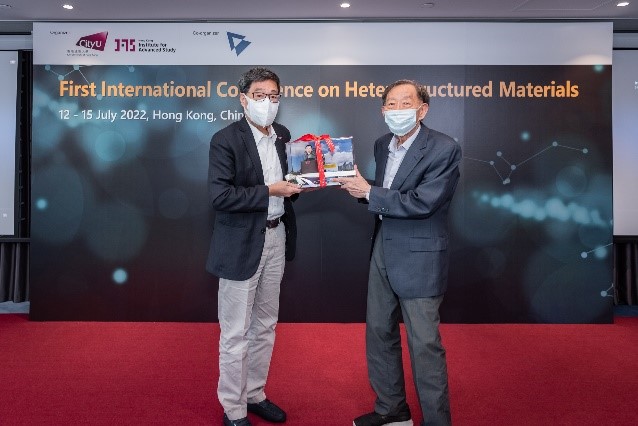 Currently, Professor Liu is CityU's University Distinguished Professor and Senior Fellow of the HKIAS. In addition, Professor Liu is a member of the National Academy of Engineering, USA, a foreign member of the Chinese Academy of Engineering, and an academician of Academia Sinica Taiwan. He has received numerous notable awards, including the Lawrence Award, established by the US president. 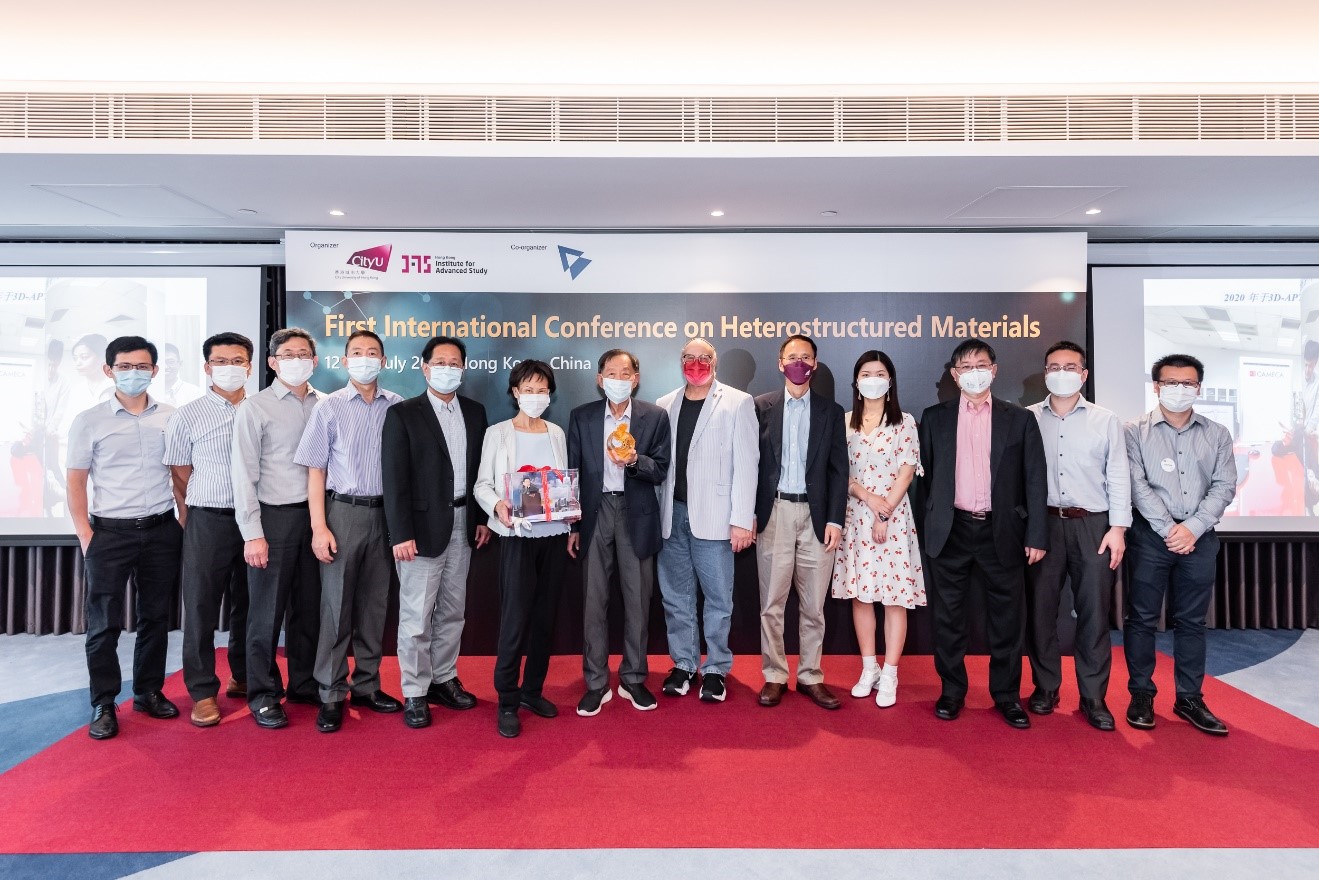 International Conference on Heterostructured Materials is a biannual event. The Second HSM will be held in Chongqing, China, in 2024.