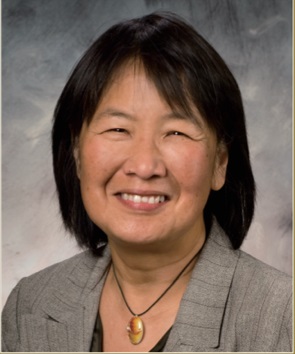 Professor Evelyn Hu, HKIAS Senior Fellow, was honoured with the 2021 IEEE/RSE James Clerk Maxwell Medal. The award recognizes the leadership of Professor Hu in nanoscale science and engineering, and her seminal contributions at the intersection of semiconductor electronics and photonics.

Professor Evelyn Hu is currently the Tarr-Coyne Professor of Applied Physics and Electrical Engineering at the John A. Paulson School of Engineering and Applied Sciences at Harvard University. She is a member of the National Academy of Sciences, National Academy of Engineering, American Academy of Arts and Sciences, the Academia Sinica of Taiwan, a recipient of an NSF Distinguished Teaching Fellow award, an AAAS Lifetime Mentor Award, a Fellow of the IEEE, APS, and the AAAS. She holds an honorary Doctorate of Engineering from the University of Glasgow and an honorary Doctorate of Science from Heriot-Watt University.

Established in 2006, the James Clerk Maxwell Medal is one of the highest awards presented by the Institute of Electrical and Electronics Engineers (IEEE). It is awarded jointly by the Royal Society of Edinburgh (RSE) and the IEEE for groundbreaking contributions that have had an exceptional impact on the development of electronics and electrical engineering or related fields. The annual prize is named in honour of James Clerk Maxwell, the outstanding 19th Century Scottish mathematician and physicist.